DENNIS GETS WHAT HE ASKED FOR! 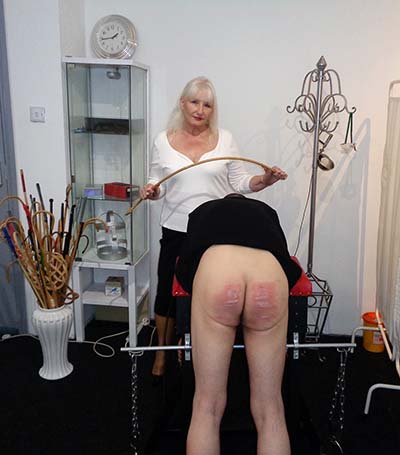 Over a period of several weeks, Dennis the Menace has assured Mistress Vanessa and myself that we could not break him with the cane – given from cold!!

He was so sure of this, even though I have caned him many times in the past, and had to stop so as not to cause too much damage to his bottom. So, either brave or foolish, he came to us to try and prove himself right.

After a short discussion, he was put over the punishment bench that we have just brought to our new premises, and each of us selected two canes. We started by each giving him 6 of our hardest strokes, one of us holding him down whilst the other caned him, and continued to alternate until he had received a total of 36 strokes.

He was then marched upstairs and put over the punishment bench there, where we carried on in the same manner. He finally gave in and said, “You certainly are the very best!!” He had taken another 50 strokes and his bottom definitely showed this! We had really enjoyed carrying this out, vying with each other to see who could give the hardest strokes!

Hope the photos will be of interest, even though we cannot show the damage done!

PS. Do YOU think you are brave enough?? 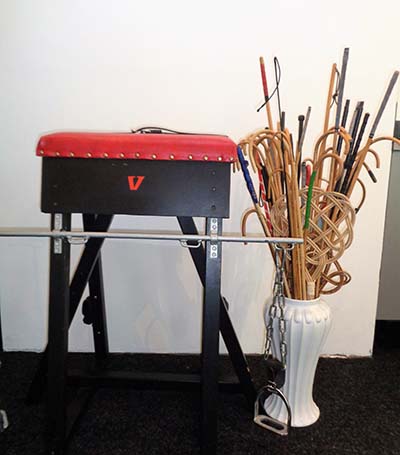